How To Enhance A Roland TD50 V-Drums Kick Drum Sound 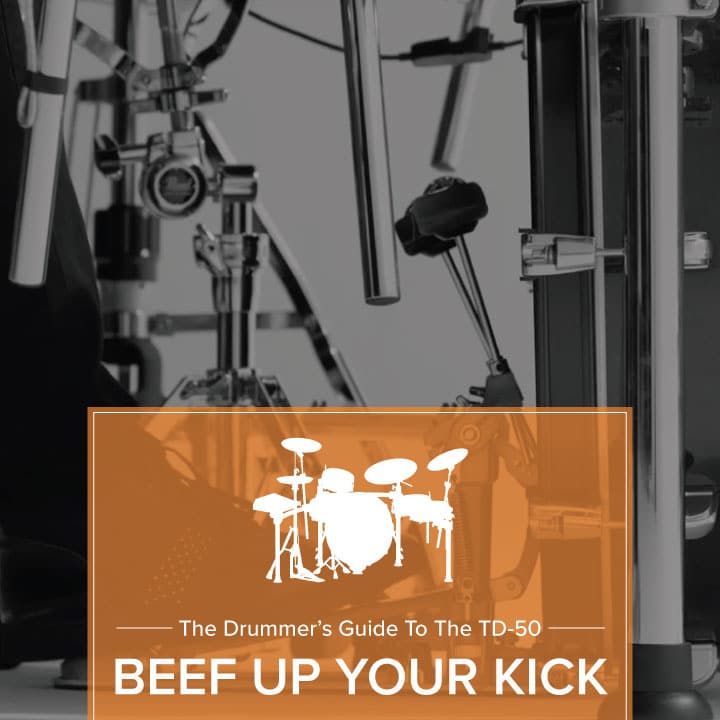 The Roland TD-50 is designed for deep diving when it comes to editing kick drum sounds.

TD-50 kick drum sounds can be modified more than ever before.

Like any custom acoustic kit, you get out what you put in. It won’t play itself!

Roland V-Drums artists Michael Schack, Craig Blundell and Dirk Brand will guide you through an overview of key features to enhance a kick drum sound on the TD-50.

Familiarising yourself with the following functions and operational tips in this guide to the TD-50 and exactly how they affect the sound is the best way to become a power user.

With some imagination and experimentation, you are sure to create your very own unique voice with the TD-50. It’s a lot of fun along the way too!

Beef Up Your Kick

Kick drum depths and sizes are ever changing. Most drummers have their ideal kick size, tuning, muffling, head and beater types that suit their own personal preference and needs.

Shell depth directly affects both the sustain and the power of a kick drum.
Shallower kick drums react faster and have a higher fundamental pitch with a faster decay.

Bass drum depths of 17” or more are often chosen by drummers that want a kick with more character that takes up more space in the mix.

A good first modification for beefing up your kick drum sound, increasing shell depth naturally lowers the fundamental pitch of the drum.

Did you know? A 22” diameter x 20” depth kick is often referred to as a “cannon” kick drum, thanks to its appearance.

The three types of heads available in the TD-50 approximate the tonal changes that you can expect from real world acoustic heads.

Jazz kick drums tend to be fitted with coated heads, which help to give a darker and more rounded tone, preferable for that particular style of playing.

The “pinstripe” style head is named after its integrated muffling ring strip that controls overtones and gives a tight, punchy sound, with more bottom end and less sustain.

The sound of the two head layers coming together under the beater also produces a solid attack sound that’s well suited to heavy kick drum playing.

Just like an acoustic kick, the beater material makes a dramatic difference to the initial attack of the drum.

A softer beater can help to “glue” the kick together with the bass and give the music a solid bottom end “push”.

Felt has generally been the standard beater type for Jazz and other Blues and Roots music. Wood beaters, however, have also been used for many years.

The harder the beater material is, the more aggressive the attack is.

This can help the kick drum cut through a dense mix. Harder materials are more effective for adding definition to fast double kick playing too. These days, plastic is the most common beater type in use.

Adjust the pitch of the kick drum like an acoustic drum so that you can match the key of the song.

Fine-tune how it sits with a bass guitar or other low frequency elements of the mix.

Unlike an acoustic drum, changing the tension of the physical head of the V-Drums trigger does not affect the pitch of the sound.

You can get the perfect playing feel without it influencing the pitch of the kick drum!

Many drummers like the feel of an acoustic kick when it is tensioned just enough to take out the wrinkles.

This doesn’t always produce the best kick drum note because the tension directly affects the pitch of an acoustic drum.

Physical head tension is independently adjustable with V-Drums, so you can have the ideal feel and sound and your kick will never go out of tune.

Loose skinned, high pitched kicks just don’t exist in the real world, but they can in the TD-50!

The proximity of the snare drum to the kick drum in the typical drum kit can cause problems when trying to achieve a clean and punchy sounding kick. It is often a major challenge to control in the studio.

On the flipside, sympathetic snare buzz and rattle can also be a positive thing if used creatively, as it can help make for a more realistic and lifelike sounding drum kit performance.

In the TD-50, you can choose exactly how much the kick and the snare drum interact, if at all.

A trick often used when recording kick drums is to wire a conventional moving-coil speaker to a microphone connector.

Using a large speaker as a microphone in front of the kick drum allows you to capture a low frequency thump.

For a nice low thump, adding sub frequencies areally adds power and size to the overall sound of the kick drum.

In the TD-50, you have control over the volume, sustain or decay of this SUB channel so that you can easily recreate the larger-than-life kick sounds heard on many modern recordings.

One of the first tasks when recording drums is to find the ideal position for the microphones.

The smallest move of a microphone can make a dramatic difference to the tone, size and presence of a recorded drum sound.

The TD-50 offers the ability to move the virtual microphone position for every acoustic sound in the module in order to create your ideal sound.

Looking at microphone placement in pictures of historical and modern drum recording setups reveals many clues about how microphone position affects the recorded result.

In the 1960s, drum recording went through a revolution where more microphones were added to the kit, to better capture detail and presence.

Before this change, 2 or 3 microphones at most were traditionally used to capture the entire kit. Engineers began experimenting with multiple close and ambient microphones to produce the modern drum sound with which we are now familiar.

Moving a microphone further outside the kick drum increases the brightness, overtones and sustain of the drum.

Moving a microphone further inside the drum results in a duller but closer, in-your-face sound providing less sustain and more punch.

Positioning a microphone just inside the sound hole and pointing it at the beater allows the microphone to pick up a blend of drum and skin resonance, with a nice amount of beater snap.

A Comprehensive Drummer’s Guide To The TD-50 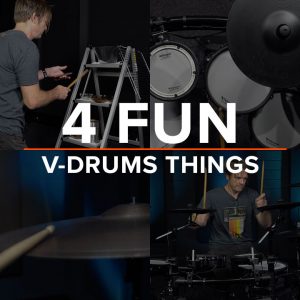 4 Fun Things You Can Do With V-Drums

Here are 4 fun things you can do with V-Drums!  Add hi-hats easily to any part of the kit Sample your own sounds of any type 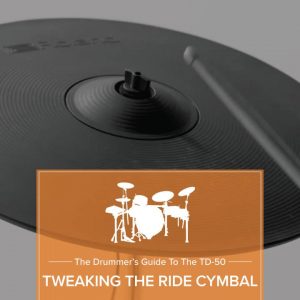 While there are often several crash cymbals in a typical drum kit, there’s normally only one ride cymbal. So, making it a great sounding one 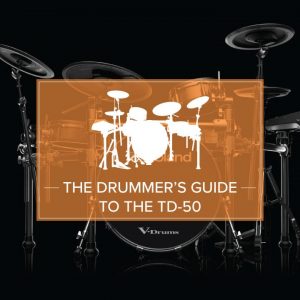 This comprehensive TD-50 drummer’s guide covers all aspects of the Roland TD-50 series kits. The TD-50 and new generation TD-50X are the most powerful drum 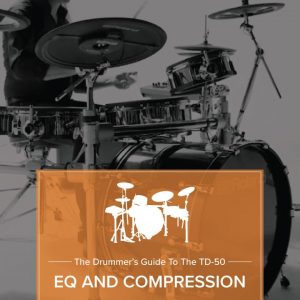