Live Streaming For House of Worship 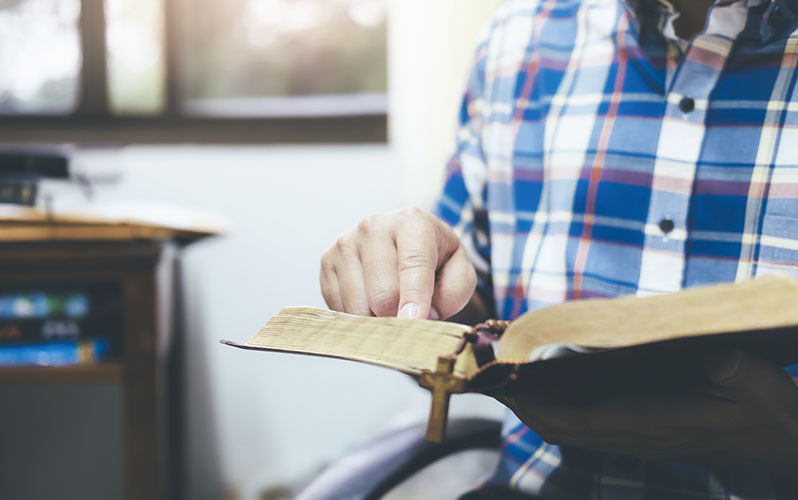 We get it. You might be the AV guy/gal in church who has spent years trying to get budget approved for live streaming without success. Then, in the space of a week, you’ve got your worship minister or senior pastor jumping up and down, wondering how soon it can happen!

A lot has changed in a very short period of time.

The internet is full of YouTube and Facebook attempts at live streaming. Churches have approached it in many different ways. Big churches have been live streaming for years, and in that case, it’s been kinda business as usual — doing church without anyone in the pews.

Other small gatherings have had a crack and have soon reached the limit of their knowledge and equipment.

We hope this article assists in walking you through some of the challenges and opportunities.

First, the opportunities. The pandemic is clearly monstrously bad for people’s health and the world economy. But it’s potentially an amazing opportunity to speak into people’s lives who are seeking God. (Just think about how many more people got to experience church in recent times thanks to the internet.)

The challenge, or at least your church’s first responsibility, is: keeping your members connected, nurtured and encouraged.

Live streaming to the rescue!

One key decision to make is whether you’re going to stream your service live, in real-time (with no safety net); or record your service ahead of time and then stream it at the pre-ordained time on Sunday. There are advantages and disadvantages to either approach.

Going ahead with a genuinely live stream provides a truly spontaneous experience for your members at home. Yes, there will be the occasional mistake or technical hitch (just like there is on a Sunday) but no one cares, it’s all about conveying the heart of the message and that sense of connection.

Recording a package for Sunday means you can massage the content after the fact, but this adds a good number of hours of post-production — this can get quite onerous unless you have volunteers willing and able to put in that extra work.

A third way is to schedule your service but record it ahead of time via the output of a vision mixer (which we’ll talk about in more depth in a minute). Look out for a mixer with a USB3.0 output which will allow you to record straight to your computer without any additional hardware.

Being ‘live’ on these platforms means you will always get better engagement with your church members — the sense of sharing the experience with others at the same time encourages more views, longer viewing sessions, and more comments.

Live streaming can be as basic as opening Facebook on your smartphone, selecting Live Video, pointing your camera in the right direction and relying on your 4G connection to stay solid for the duration of the sermon.

If this describes the extent of your experience with live streaming, you’d be quickly aware of its limitations.

First up: you need better audio. Clear, present spoken word is utterly crucial for those at home, accessing your stream on a laptop or phone. Bad audio will be the first reason people switch off or zone out.

Secondly, you really need to find a way of including sermon slides (verses of scripture and illustrations that would normally be projected or shown on the displays in the auditorium).

Already, you’ve discovered the limitations of using a phone (it’s a pain to connect it to your church’s microphone system, and it can’t accept a second video input) and you need to invest in some hardware to achieve something acceptable.

Don’t panic, it won’t break the bank and you won’t need an engineering degree to figure it all out.

How to Live Stream to:

You may decide to run a second camera. Good idea!

A locked-off wide shot gets boring very quickly. Having an alternative camera view will increase the view-ability of your video production, no end.

Let’s say you have two cameras, a computer and perhaps a device like an iPad or smart phone.

The first and most important criterion for selecting a video switcher is the number of sources it can accept.

Small-format video switchers can be quite inexpensive but don’t be fooled into simply choosing the cheapest. After a few weeks of frustration you’ll know why.

Cheap video switchers with very little hardware control, are fiendishly hard to work with because the settings are hidden down menu ‘rabbit holes’. And we all know that in a world that relies so heavily on volunteer operators, ease of use, for any new item of equipment, is of paramount importance.

So, find a video switcher, that’s within your budget but retains enough hands-on control.

Ensure you choose a vision mixer with the right complement of features. Of course, you can find a device that’s alluringly cheap but say, for example, you really need to use your smartphone as a camera… Super-cheap video mixers won’t appreciate the fact the camera’s image dimensions are different to the handycam and you may get a distorted image. A more feature-rich switcher will have an image ‘scaler’ on board to ensure you can switch between various sources and maintain a great-looking 16:9 live stream output.

It’s really worthwhile discussing your church’s needs with a pro. They’ll ask questions about your requirements you’ve probably not thought of yet, saving you money later. You know what they say: you don’t know, what you don’t know… so it’s always a good idea to talk to an expert.

Once you get over the initial (and stressful) ‘whatever it takes’ period of live streaming your church services and you get into a groove, you’ll also start looking to your equipment, such as your vision mixer, to give your streams a more professional appearance. You may want to overlay lyrics to the worship music or split the screen horizontally or vertically at times — to have two different video sources displayed at once. Or for a youth service you may want to experiment with visual effects, for example. Again, the very cheap products won’t allow you to do this.

With the right vision mixer, you’ll be calling the shots in no time — seamlessly switching between inputs and using the higher quality microphone source, rather than dodgy phone microphones.

The output of the vision mixer will then go to your streaming service. Look out for a video mixer with a USB 3.0 output, as this will make it really easy for your computer to take the video and use it.

A lot of churches are using OBS, a free online live stream management tool. And obviously your computer can be plumbed into the internet, which won’t leave you exposed if the wi-fi or the 4G coverage goes south.

These are exciting times for the church, but daunting. We want to do what we can to support you in selecting the right equipment. If that means we think you’re better off without a vision mixer, then that would be our recommendation.

But electing to invest in an appropriately-priced and well-featured vision mixer will be an amazing investment. And we’re talking way after the whole pandemic madness calms down.

And wow, what a party that Sunday will be. Can’t wait! 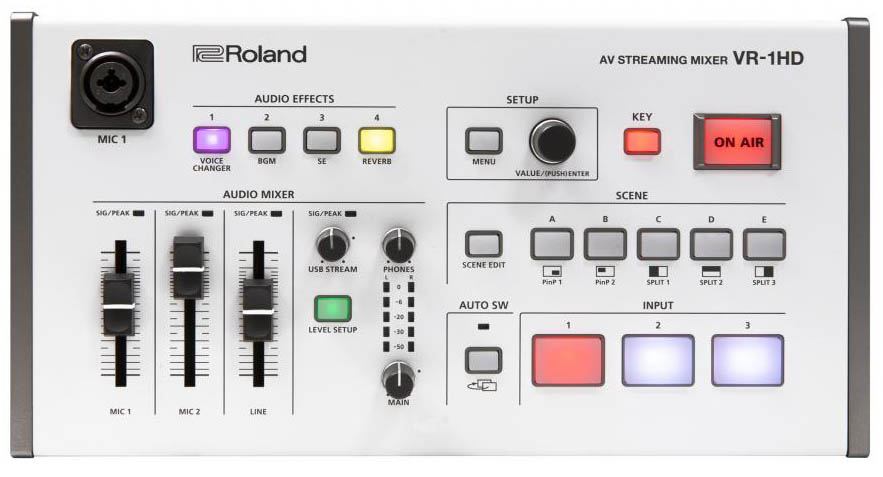 Whether you’re a church tech, creator, gamer, commentator or presenter, it’s the easy way to livestream with high production standards. And since you’re going to get more comments, ensure they’re good ones with the VR-1HD.

The VR-1HD has three ‘worry-free’ HDMI inputs, and each one accepts a variety of HD and computer-based video resolutions. This lets you connect, switch and stream different sources including cameras, presentations, gameplay and even smartphones and tablets without having to think about it.

The audio from these sources can be blended with the two studio-quality XLR microphone inputs and dedicated line input. Best of all, as the VR-1HD is designed for live broadcasting, its dedicated controls and top-mounted mic input (with gooseneck mic) let you go hands-free and headset-free while live streaming.

Find our more about the Roland VR-1HD 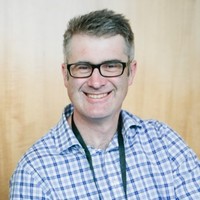 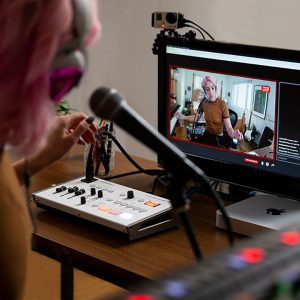 Streaming to Facebook Live using the Roland VR Series of vision mixers is simple. The following quick guide will get up and running in no 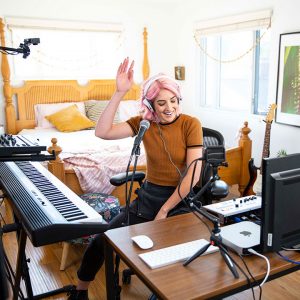 Streaming to YouTube Live is simple using Roland’s VR Series vision mixers. This quick guide will get you up and running in no time! Streaming 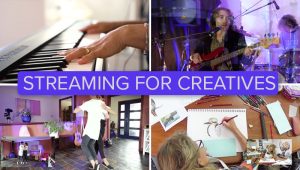 A Guide to Live Streaming for Creatives

Streaming live content has become increasingly important for ‘creatives’, as a means to stay in touch with their audiences. The most common streaming that has 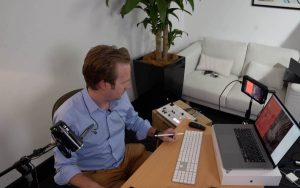 A Teacher’s Guide to Live Streaming Your Classes

The need for streaming courses to students online has never been greater. This guide is aimed to help teachers and lecturers navigate the often difficult