Demystifying the Magic of Tape Echo 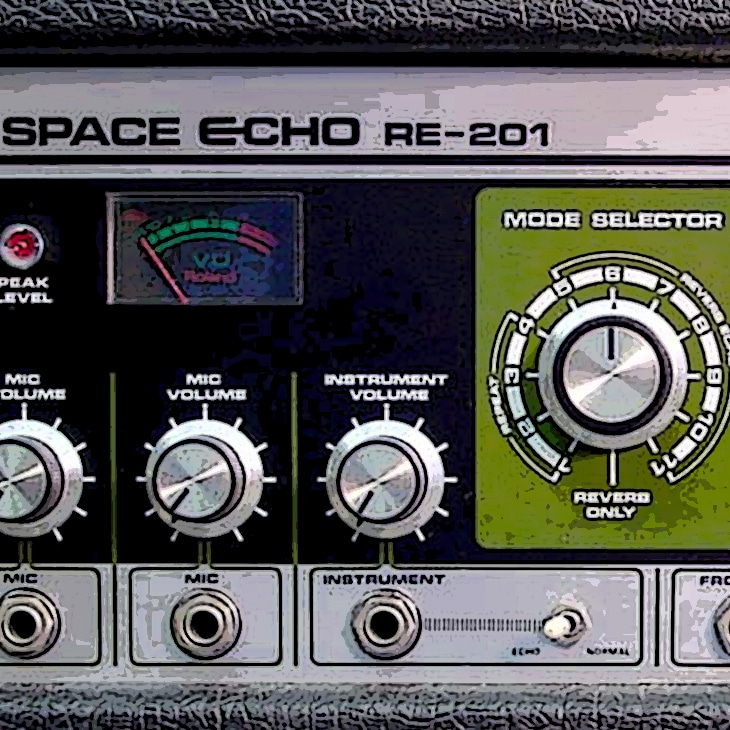 As a music lover, you have no doubt heard the magic of Tape Echo. It has been an effect used by guitar icons such as Jimmy Page, Robert Fripp, Brian May and Bob Marley to name a few. The sound of Tape Echo has a distinct warmth and saturation like no other effect – an effect that has evolved from its very first experiments in the studio.

The earliest known recording of this sound is on Les Paul’s “How High the Moon” (1951), but popularisation of the Tape Echo sound is largely attributed to Sun Studios engineer Sam Phillips who used the sound on Elvis Presley’s early recording sessions. Since then, Tape Echo has been an iconic effect that has defined music genres from rockabilly to reggae.

If you have ever owned a modern delay pedal or multi-effects unit, you are probably already familiar with the term Tape Echo. This term refers to the type of delay created by spools of magnetic tape in vintage effects units. They were the first ever Delay units and the direct ancestor to today’s compact delay pedals.

Many of today’s guitar players and producers have only experienced digital “models” of this distinctive and three-dimensional tone, and to this day, there is still a lot of mystery about how a reel of tape can create such a majestic tone.

So, how exactly did these early “echo machines” work, and why do they still hold such a position of reverence amongst the most discerning guitar players and studio producers?

In this article, we’ll try to demystify the magic of Tape Echo by understanding how a tape echo machine works, and how the sum of its parts contribute to that “holy grail” tone.

Most tape-based machines have been retired in many modern studios; the complex, three-dimensional Tape Echo effect now represented as a digital emulation and/or plugin. Whether analog or digital, this magical tone is a sum of its parts – created by a number of physical elements of the tape machines themselves. So what are the characteristics that make THE Tape Echo sound?

1) Filtered Repeats
Unlike a digital delay, which produces repeats that are exact replicas of the input signal, Tape Echo machines run the repeated tone through some audio filters in order to reduce noise – the side effect being a dynamically changing tonality throughout the repeats. Many find this filtered repeat effect (commonly used by dub producers) thoroughly interesting and intoxicating.

2) Chorusing Effect
The Tape Echo contain many moving parts such as motors, rollers, capstans and spindles. Alignment of all these parts with micro precision is near impossible; the result is that the movement of the tape through the machine undergoes subtle speed variations, which further results in slight pitch warbling of the repeat tone. When this slight warbling is mixed in parallel with the dry signal, the effect is similar to a subtle chorus – adding depth and complexity to the output tone.

3) Tape Saturation
Recording sound on to tape, at a high enough volume level, overloads the tape’s capabilities. This leads to an overdrive effect known as “tape saturation” and produces a characteristic distorted yet warm tone. Tape Echo machines such as the Roland RE-201 Space Echo allowed the user to dial in a high INPUT VOLUME in order to add an overdriven character to the instrument track during the recording stage.

Paradoxically, it is these inconsistencies of the mechanical design of these classic machines that result in the unique, spellbinding tone that make Tape Echo machines so loved (and imitated) today.

So how do the motors, rollers, capstans, spindles and tape spool combine to create this magical tone? Let’s delve a little deeper…

Mechanical Workings of a Tape Echo

The very first Tape Echo sounds consisted of a rig of two studio reel-to-reel tape machines in tandem: one was used to record audio and one was used to playback a tape “loop”. This technique produced the first echo sound – a short delay-time echo now referred to as “slapback” delay.

The dual-machine technique was effective, but awkward. It was only a short step for others to create a similar effect by slightly modifying a single reel-to-reel tape machine. 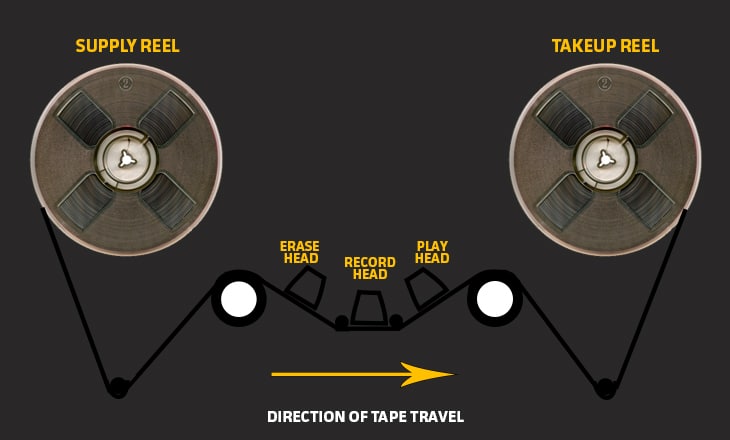 The tape moves from left to right, from the Supply Reel to the Takeup Reel.

The Erase head ensures that with each pass, the tape loop is at a blank state. The tape-recorded audio (at the Record head) then takes a few milliseconds to travel to the Playback Head. This causes a slight “delay” of audio of the tape signal from the original “real-time” audio, and when combined in parallel with the original input signal, produces that iconic echo effect.

But how does the tape work?

Think of tape like a roll of photography film. In photography, light passes through the camera to create a copy on film to print as a replica image.

As the tape echo effect became a popular production tool, the desire to take the effect from studio to stage saw the birth of the compact echo machine. This evolution brought a number of features design to give the stage guitarists that “studio-level” previously placed in the hands of the engineer.

Musicians (guitarists in particular) wished to recreate this slapback delay effect in a live setting without the need to cart around bulky studio tape decks. It was this desire that led to the creation of the first portable tape echo machines, such as the American Maestro Echoplex and the English Watkins Copicat.

These machines were portable, self-contained tape machines, designed solely as “echo machines”. They each contained a single infinite loop of tape and added some controls that allowed the user to manipulate the echo and create some unique sounds…

REPEAT RATE (aka ECHO TIME or DELAY TIME)
This control allowed the user to control the length of time in between the input sound and the repeated sound. On many machines, speeding up or slowing down the tape motor shortened (or lengthened) the time that the tape took to travel from the Record head to the Playback head.

Manipulating the Repeat Rate control during playback would result in the pitch of the echo repeats being lowered or raised, due to the waveform recorded on the tape being played back at different speeds. This side-effect, once discovered by avant-garde musicians, became a much-exploited method to achieve other-worldly “spaceship” sounds.

INTENSITY (aka SUSTAIN)
The intensity control determines the number of audible echo repeats by routing the effected signal back to the input in a “feedback loop”. This generates a single repeat at minimum level, and when turned all the way up, the repeats would go into infinity, sending the tape machine into a state known as self-oscillation.

ECHO VOLUME (aka SWELL)
The Echo Volume control balances the mix of dry input signal with the effected echo signal, providing the guitarist control of a subtle spatial effect or heavy experimental sound. Set clockwise, the input signal would not be heard at all, only the delayed signal.

Further Development of the Tape Echo

Although these early portable Tape Echo machines had successfully brought the Echo effect onto live music stages worldwide, they were in fact notoriously unreliable. Any owner of an early machine would complain that they were subject to frequent breakdowns and required near constant maintenance in order to keep them working properly.

It wasn’t until Roland developed the RE-201 Space Echo in 1982 that Tape Echo machines, for the first time, were able to withstand the rigours of the road. 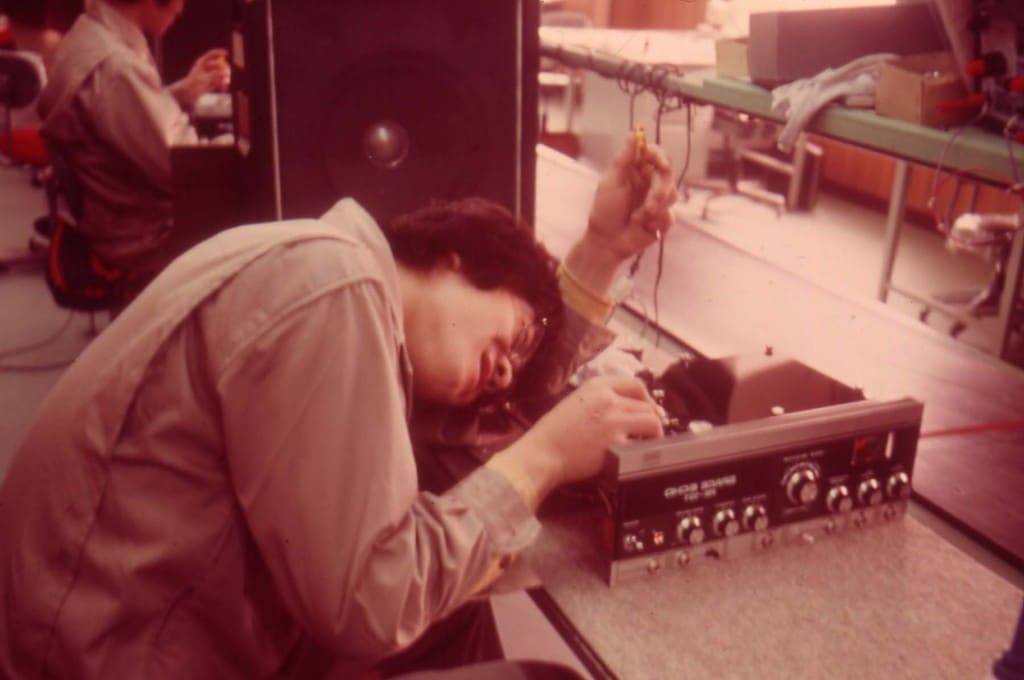 The RE-201 Space Echo featured a unique and ingenious capstan-driven tape design where the tape runs freely in the tape chamber. This design eliminated a number of moving parts, improving reliability, as well as placing significantly less wear and tear on the tape itself – a design that substantially increased tape longevity.

Self-Oscillation of the Roland RE-301 Space EchoThat magical sound of the RE-301 Space Echo tape oscillation. Stay tuned for our next article at Roland Australia Blog on “Demystifying the Magic of Tape Echo”.SUBSCRIBE: https://www.rolandcorp.com.au/blog/

The RE-201 also featured not one, but THREE playback heads to create its echo tones. By selecting between these three heads, or even combinations of them, the user could create remarkably deep, lush textures and complex syncopated rhythms.

Uniquely, the RE-201 added a spring reverb effect, when combined with the echo effect, created even more lush and enveloping sound effects. It’s Bass and Treble EQ controls (effecting the repeated tones only) were another unusual feature that appealed to professional users, and cemented the RE-201’s reputation as the ONLY choice for a roadworthy, professional Tape Echo machine.

The Roland RE-201 Space Echo remained the industry standard Tape Echo all the way until it’s production was discontinued in 1990.

The lush, warm sound of Tape Echo is still in demand, to this day, amongst producers and guitar players worldwide. Unfortunately, as is the case with many mechanical technologies of yesteryear, Tape Echo machines are nowadays very expensive to build. Whilst there are a handful of modern manufacturers still building them, the price falls well outside the realm of most budgets.

Luckily, we live in an age where modern technology enables us to experience the truly three-dimensional sound that a Tape Delay produces via high-resolution digital emulations. Almost all reputable effects companies now produce digital emulations of Tape Delay effects that can realistically convey the feel and tone of real Tape Echo.

Perhaps none more so than the BOSS RE-20 Space Echo – a completely unique pedal that faithfully replicates every single aspect of the classic RE-201 Space Echo. From its warm chorused tone and clangy reverb, to the precise behaviour of the original’s three playback heads.

With the understanding of how the traditional Tape Echo machines worked, today’s users can use modern devices to feel the same enveloping tone, and create the same wild effects as the players of the 1950’s and 60’s.

So now you understand the workings of these wonderful machines, dial up a Tape Echo tone and experience the sound that shaped a generation.

►The Roland RE-201 Space Echo Story 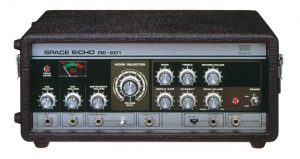 Back in the mid-seventies, the RE-201 Space Echo unleashed a sound that came straight from outer space. This is its story… Contributed by Roland UK 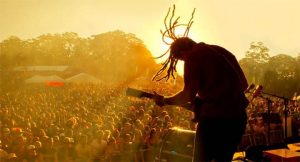 Ash Grunwald’s style of blues has always been gritty and loud, but he’s found additional grunt in his latest venture, a collaboration with The Living

Most Australian music fans will know singer, songwriter Mat McHugh as the man behind The Beautiful Girls, a band which attracted a great deal of