Why drumming is great for your health 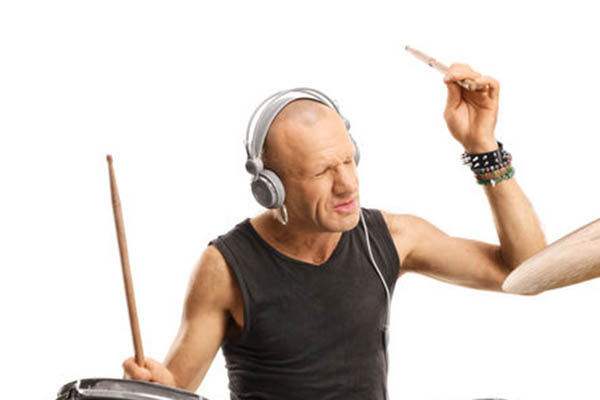 We all know drumming is fun, but did you know it’s healthy as well? If you haven’t got the time or inclination to go to the gym or to jog regularly, maybe you’d be more likely to set aside half an hour to wave sticks around if you knew that drumming would burn calories, tone your muscles and stimulate your brain.

‘Healthy choices’ is more than a catch cry for all of us, especially those ‘past our prime’ – it is the topic of much conversation around the barbecue or water cooler.

Here are some findings about the health benefits of drumming from medical researchers around the world.

Drumming is a very physical activity which involves the whole body. The act of playing, especially vigorous drumming, helps you to burn calories, builds muscles and increases stamina.

Drumming also increases heart rate and blood flow – all that while you’re focused on keeping the beat, so you probably won’t even build up a sweat.

Fun Fact: 30 minutes of drumming uses as many calories as a 20 km bike ride.

Drumming is not just about strength and speed. It also requires fine motor skills, like the finger control needed to play smooth rolls.

As we get older, one of the first casualties is the loss of co-ordination, and drumming allows you to arrest that decline as you practise playing with all your limbs – and have them doing different things at different times. 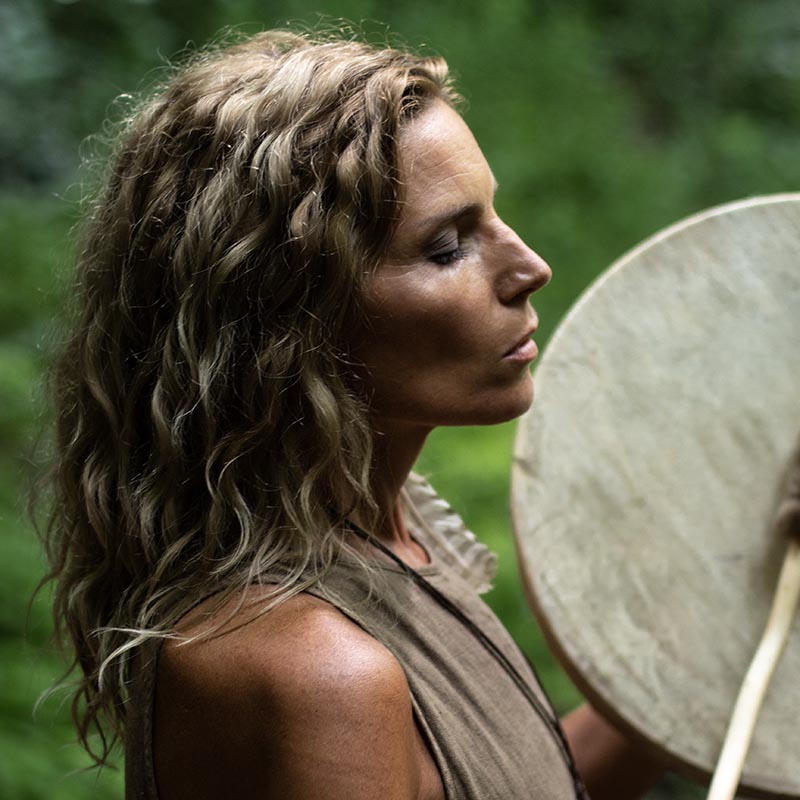 3. Helping you chill out

We all know that music can alter our mood – even by just listening to a pulsing rock hit or a mellow ballad. When you’re playing music and totally focused, those effects are amplified significantly, regardless of the instrument.

According to researchers, drumming can not only alter your mood, but it reduces stress, lowers blood pressure and even enhances your immunity.

There’s also evidence that drumming releases endorphins, enkephalins and Alpha waves in the brain, which are associated with general feelings of well-being and euphoria. Drumming also stimulates the release of cortisol, a steroid hormone that boosts the metabolism and the immune response.

Of course, you can play drums on your own, but it is not a solo instrument like a guitar or a piano. Drums sound best when they are played with other instruments, and as you become more proficient, you’ll probably start looking for like-minded folks to jam with.

Playing with other musicians is a very social activity that involves teamwork, communication and even bargaining skills (I’ll play softly if you do the same!).

As we get older, it sometimes gets harder to find social connections, but music is a ‘people’ activity and drumming can open the door to enduring friendships.

Ever wondered why Toto’s “Africa” feels so good? Possibly because its doof-doof, doof-doof rhythm sounds just like a human heartbeat. In fact, the word “rhythm’ comes from the Latin word meaning “to flow”. Drumming is a kind of universal language, present in even primitive tribes, where it has been used to integrate body, mind and soul.

There’s something very natural about drumming, which gets you flowing with the music – and often with nature. 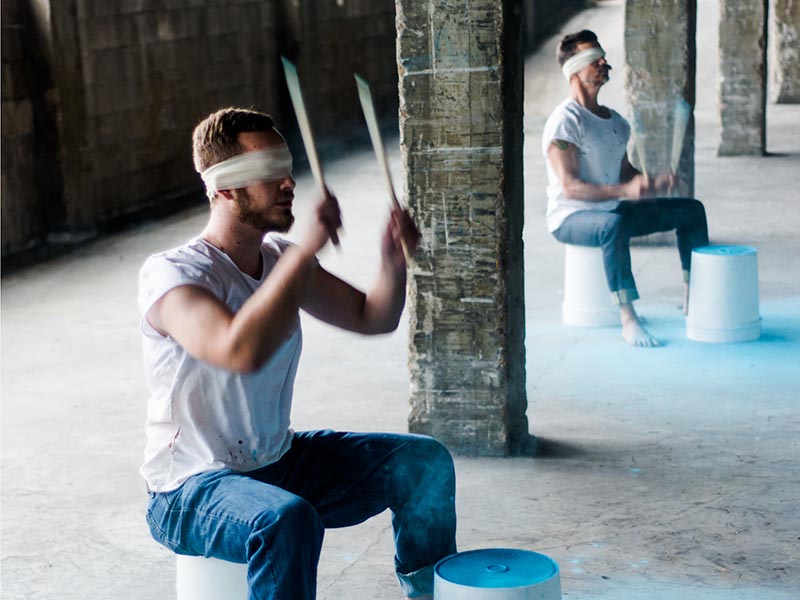 You won’t even know you’re doing it

Because drumming is fun, the best part of all is that you won’t even realise you’re working out and chilling out. Most drummers become immersed in their playing and don’t notice the time go by because they’re engaged, relaxed and entertained.

Unlike working out at the gym or bike riding, you can play drums in the comfort of your own home, in rain or shine, and – with almost-silent electronic kits – at any time of day or night.

And as your skills improve, your time behind the kit will become even more enjoyable, so that routine practice is never a chore.

Enough, but not too much

Unfortunately, there is one part of the body that doesn’t respond too well to drumming – the ears. An American study found that around half of drummers suffer from tinnitus (ringing in the ears) or hearing loss due to exposure to loud noise.

Of course, with acoustic drums, your family or your neighbours are likely to stop you before you can do yourself too much harm. But with electronic drums, it’s easy to pump up the volume in your headphones with no-one noticing. So, you need to be aware of the risks of prolonged exposure to noise and dial it back – especially if you play often and for long periods.

Drum your way to health …

Okay, so you’re revved up and ready to start drumming your way to fitness, health and peace of mind.

Luckily, drumming is one of the easier instruments to learn, provided you have some sense of rhythm. You don’t even need to be able to read music – but of course, it helps if you are music-literate.

It’s never too late to pick up sticks, especially when the benefits extend so far beyond having fun.

Here are some resources we recommend:

Learn to Play Drums
Beginners Guide to Buying a Drum Kit:
Should I Learn on an Electronic or Acoustic Drum Kit
It’s Never Too Late To Learn The Drums 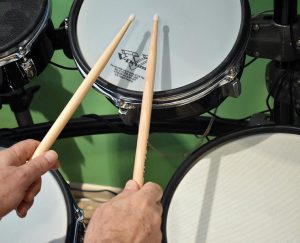 10 things to help you get back into drumming

I hung up my sticks after leaving school, in favour of study, career and family. But, once a drummer, always a drummer – and for 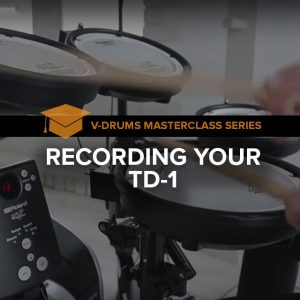 Recording the Roland TD-1 is fun and easy! Here’s how to record MIDI and audio with one of the world’s most popular drum kits. Acoustic

Let’s face it: your basement ain’t no Abbey Road. Chances are, it’s a damp subterranean bolt-hole, bedecked with posters of John Bonham, beer bottles and 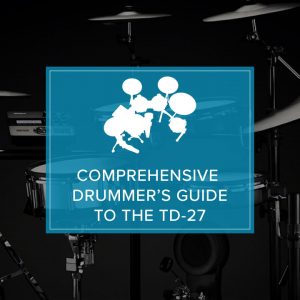 Welcome to the drummer’s guide to the Roland TD-27 V-Drums! Use this TD-27 Comprehensive Drummer’s Guide as a goto resource of practical how-to’s. In the