4 Proven Tips To Inspire Your Songwriting Pt.2 – The Lesson I Learnt from Nile Rodgers - Roland Australia
Skip to content 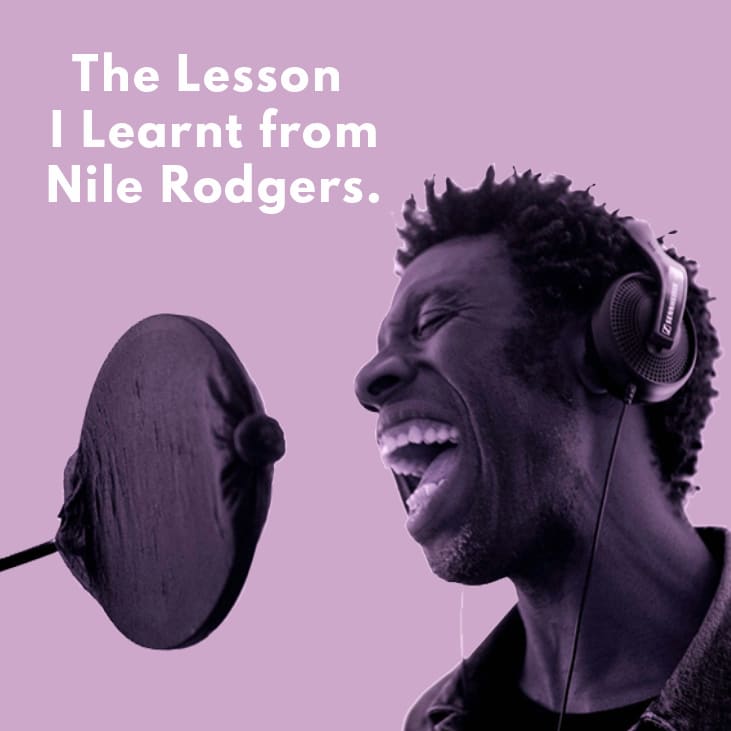 Some of the most inspiring stories of the music industry come not from the bright-shining stars but from the slow-burning musicians and artists, whose songwriting abilities and smarts have provided them an enviously long career.

One such musician is Geoffrey Williams, a singer-songwriter and loop artist who has written for artists such as Michael Jackson (more to come in the third post of the series), Nile Rodgers, Dusty Springfield and Color Me Badd, as well as performing at some great venues and events, including Wembley Arena and the Montreux Jazz Festival.

In the previous article, Geoffrey outlined how he dealt with writer’s block and how it can be defeated. In this second article, he discusses the time he worked with Chic guitarist Nile Rodgers and what he learned from the experience. Geoffrey also talks about how you can apply this lesson to your own songwriting.

So join us for this four-part series called “4 PROVEN TIPS TO INSPIRE YOUR SONGWRITING”, where Geoffrey will help you to unlock your songwriting creativity with the knowledge he has learned from some of the biggest names in the business.

Your heroes won’t always be your inspiration

I want to tell you about when I wrote with Nile Rodgers.

Yes, the Nile Rodgers, the brainchild behind Chic, producer, guitarist and one funky homo sapien! A hero. I’ve danced to his music for years, sweating it out on the dance floor, developing some devastating moves never seen before (although, I later recognized that most of those steps were my fathers!).

First of all, there are the classics. Le Freak, Good Times, He’s the Greatest Dancer, I Want Your Love, He’s a Spacer and so on. So many legendary choons. And the bass lines…Bernard Edwards was a melodic god! BTW, did you know that Nile is behind Upside Down – Diana Ross, Like a Virgin – Madonna, Let’s Dance – Bowie, The Reflex – Duran Duran, Why – Carly Simon and The B52s’ – Love Shack!

Furthermore, that’s not to mention Get Lucky – Daft Punk! Let alone all the Chic and Sister Sledge hits… I mean, come on! How many hits can one man have? OMG, such a funking genius! A real bonafide legend! So getting to write with him was the coolest thing since the wheel!

So here we go again – another trip to New York! 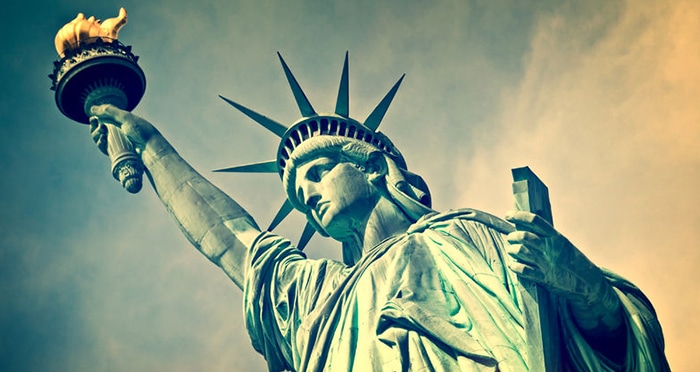 I met him at his studio, somewhere in downtown Manhattan. I was really looking forward to knocking out some melodies with the man. Honestly, I couldn’t believe my luck, there I was sitting next to Nile and his guitars – the conjunction of the moons, the aligning of the stars. It was like I was Superman, but he handed me an unexpected surprise – a funking piece of Kryptonite!

It was a full, completed backing track and I had no idea how to write on top of that! My body groaned and my mind went blank. If it wasn’t for my Afro-Caribbean background, you would have seen the blood drain from my face! The light of inspiration just turned itself off.

At the time, it was like that moment in the Michael Jackson video, Thriller, where she turns around and is shocked to see that he too is a zombie ladykiller! Her face comes closer into view, the background pans out wide, dramatic music… the horror sends a shiver up your spine!

So, I muddled through somehow and came up with something truly mediocre! The tune didn’t make me wanna Dance Dance Dance and I wasn’t having Good Times! Great – just a perfect way to interface with one of your musical heroes!

Have a listen to the great man talk about his work on Triple J:

How come you didn’t start from the ground up with me, Nile? Lol! 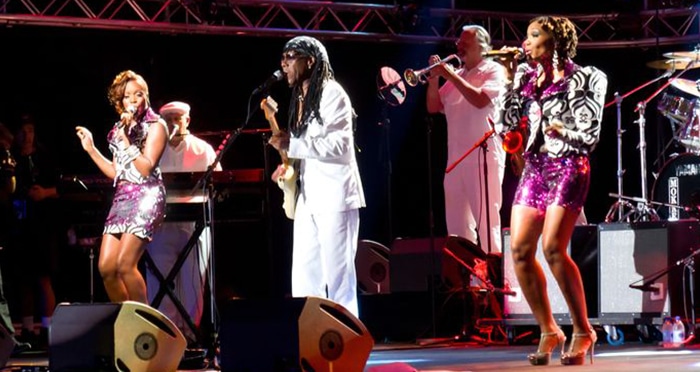 Anyway, after that poetic unnatural disaster, I made it my place to be able to write from any standpoint, from whatever my collaborator came with/gave me – melody, lyric, title, backing track, drum loop, idea, feeling, chord progression, picture, a word…

As a result of this experience, I vowed never to be in that position again!

But let’s go deeper ladies and gentlemen, deeper into how I’ve come to understand the creative process more and how I’ve been able to ward off future exposure to Kryptonite!

There are 5 distinct stages of the creative process.

This is your life. All your experiences, influences, tastes, motivations, personality, goals, style, artistry and skills are the well of your creativity. Your internalized market and your industry standards, the audience, the music industry’s standards of what a successful song is, etc. These all count.

Incubation is a period of time doing something physical that demands your attention (other than music), such as doing your tax returns, washing up, vacuuming…all the fun jobs! Sleeping and exercise also counts. The ideas have time to blend together in the subconscious and ‘new’ connections can be made.

As a result of incubation, inspiration is the Eureka moment, when ideas are first born! This is where the creative flow starts, that dream-like concentration where ideas flow like water.

Now, evaluation – this is the time of the editor! It’s where we judge whether the ideas are “good” or not, check that they’re up to our standards or if they surpass them and look for plagiarism.

Finally, we have elaboration. This is the sorting, expanding, pulling together and molding of the ideas into one finished idea – the song. This is an iterative process, e.g. you’ve got some ideas (inspiration) for a chorus, you choose the one that you feel the most strongly about (evaluation) and you work it up (elaboration). As a result, you then get an idea for a verse or bridge, a melody or lyric (inspiration)… 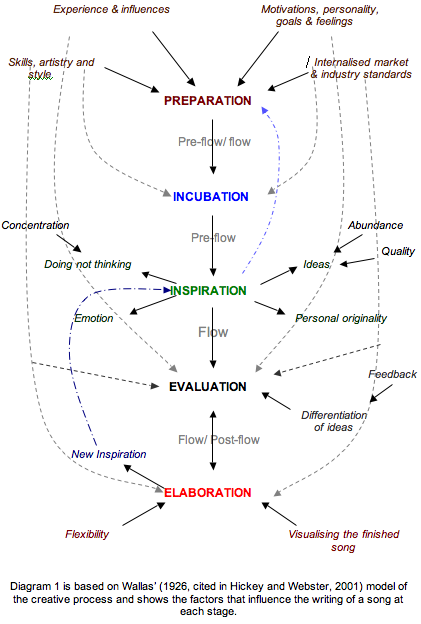 I came across a model of creativity from Wallas’ (1926, cited in Hickey and Webster, 2001) and adapted it to show the creative process of a songwriter.

Due to using this model, I realised for the first time that inspiration is a separate stage to evaluation. Separate. So, when I’m having my Eureka moment, anything goes, any idea is valid, it’s a time to be as expansive as possible. There’s room for any idea, even the least likely ones.

Consequently, if I start editing the ideas then the flow stops. Every time. I’m learning to let the ideas flow, no matter whether they seem relevant or not. Sometimes, those irrelevant ones turn out to be gems!

So, once the flow ends naturally, then it’s time to edit them, to choose which ones are relevant. It’s not always good, but it’s relevant to the core idea. Right, well it’s time to get the flow going again, and to do that, here’s another piece of improv done on-the-fly, using…. Working From The Ground Up!

In conclusion, next time I’ll be giving you the exclusive dirt on how I wrote the Michael Jackson song Whatever Happens, in relation to the creative process! 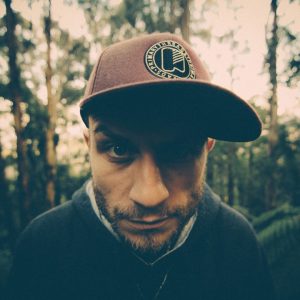 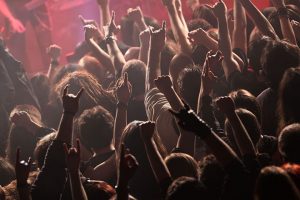 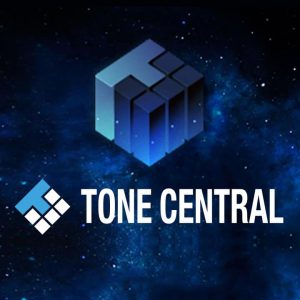