With a career that spans more than 20 years, Underworld are bona-fide dance music icons. PowerOn speaks to musical mastermind Rick Smith about their sound, their equipment and why their live shows are designed to go a bit wrong.

Roland are at the heart of the fall and rise of Underworld. The duo of Karl Hyde and Rick Smith, known today for their genre-hopping dance music, which veers from the chart conquering euphoria of the 1996 single Born Slippy Nuxx, to the atmospheric sound sketches of their 2007 album Oblivion With Bells.

But the first, improbable incarnation of the band was that of a pop-funk outfit, whose primary claim to fame was being the support act on Eurythmics’ final tour.

“We loved funk but, by 1989, it had started to become a problem for Karl and myself,” Smith tells us at the pair’s Essex studio.

“I’d been doing acoustic demos for a new album, which were done entirely with a Roland MT-32 multi-timbral box, with a couple of overdubs. That was the last straw for Karl and I and it’s why, in 1990, everything ground to a halt with that incarnation of Underworld. I wanted to make dance music.”

The MT-32 may have inadvertently played a central role in the demise of Underworld MK I. But Roland remained important after the group’s reinvention as dance music trailblazers, following the recruitment of Techno DJ Darren Emerson.

“Darren was a major part of moving into realistically making dance music,” says Smith. “But we’d been using electronics ever since we got a BOSS Doctor Rhythm [drum machine] in 1983.” 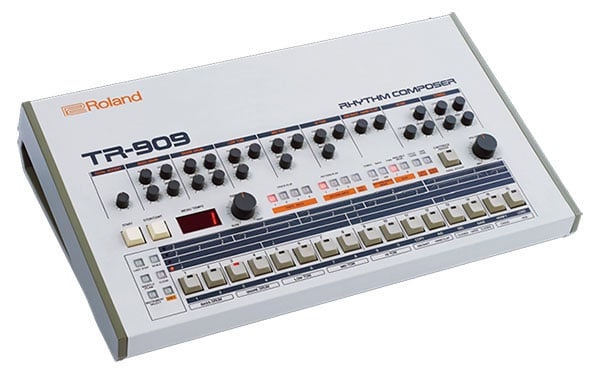 Fundamental to the new version of Underworld were two timeless pieces of Roland kit – the TR-909 drum machine and the VP-330 vocoder.

“We bought the 909 in 1984, the year it came out, and I’ve been using it ever since,” admits Smith. “It was the first drum machine I plugged in when we started playing live again in 1992. It’s not something we like doing, taking vintage instruments around with us, but the sound is so fantastic, particularly the kick drum. The sound of that over a PA is something else.”

Smith says that the first three albums by the revitalised Underworld were all built around the 909, with just “the occasional kick drum by somebody else”.

Unsurprisingly then, it was used on the anthemic Born Slippy Nuxx.

“It’s heavily driven through a console and processed but it’s a 909.” Born Slippy’s instantly recognisable chord sequence is courtesy of a Juno-106, which Smith reckons is “a supreme piece of kit”.

Smith estimates that a 330 appears on “70–80 per cent of the records we make. I like to use it as a vocal effect that’s hardly perceptible as a vocoder. I love the way it interacts with Karl’s voice. Particular records where it’s up loud: [2002 single] Two Months Off and going back some, Juanita [from the 1996 album Second Toughest In The Infants].” 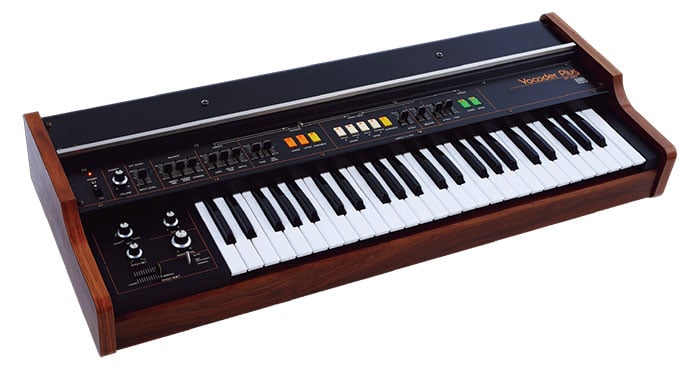 Smith has relied on a trio of 330s for years (“They’re all very different sounding and they’re quite precious”), but believes that he may have finally found a viable replacement for live shows in the shape of Roland’s V-Synth XT.

“I’ve only been using it for a couple of weeks but it’s a lovely instrument to program, it solves a lot of problems,” he says. “We were looking for a solution to stop touring our vintage VP-330s, so the voice modelling card, in particular, is of interest to me. I think it’s a really lovely, friendly piece of kit.”

“The actual emulation of the VP-330 is really good but I’m hoping for better off the VP-770. I did a really stringent direct A-B test of one of our original VP-330 vocoders against the modeled one and it was good enough for me to go, ‘Look, I think we should go with this live.’”

Underworld’s live performances are as significant an aspect of their identity as their recorded output. After two years of touring, they are currently working on developing the Underworld live experience further.

“What we do live – jamming with technology – is quite difficult,” says Smith. “We’ve been tweaking the same sort of configurations of equipment for at least 10 years. So there’s a couple of fundamental things we’re changing now. We’re trying to design something that you can guarantee will do a particular job, but also kind of goes wrong a bit. We’re trying to build as much of the ‘go wrong’ into it as possible.”

Parallel to this process is the creation of new material for Underworld’s next album, which Smith describes as “a lot of exploration that relates to the way we feel about dance music, whether it’s four-to-the-floor or dubstep or whatever.”

Tantalisingly, the duo have also been collaborating recently with ambient pioneer Brian Eno, about which Smith will say only that it’s “been going very well”. From dance anthems to downbeat electronica, via film soundtracks, funk and disastrous acoustic demos, Underworld’s career has been as varied as it’s been sustained. So what’s the key to their longevity?

“That’s quite a deep one isn’t it?” he finally responds. “Karl and I have been making music together for 27 years and we still don’t know why. If I was being flippant, I’d say it’s all down to the 909.” 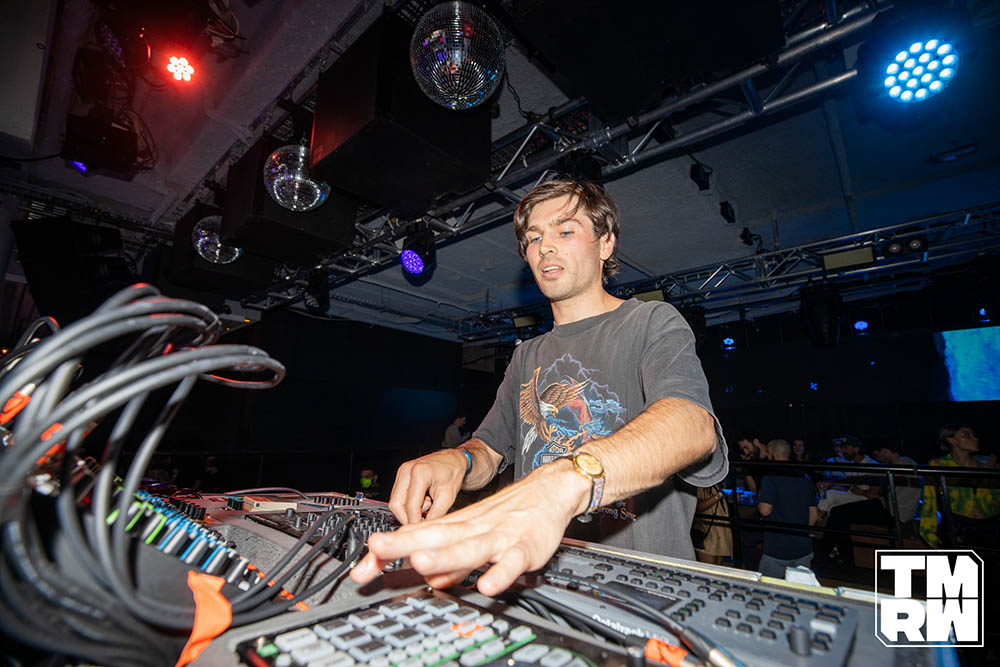 KILTER INTERVIEW PERFORMING WITH A NEW LIVE RIG Kilter is the moniker of Sydney producer Ned East, a producer who’s... 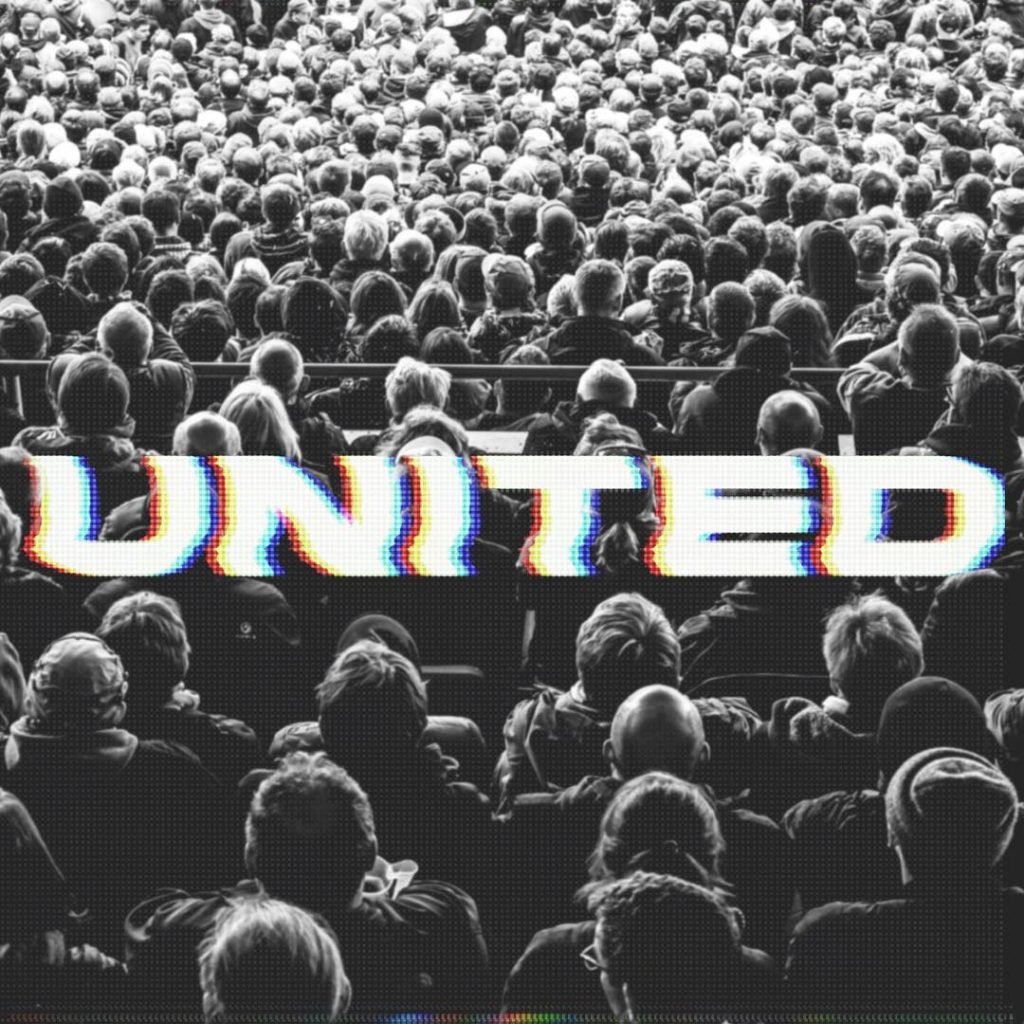 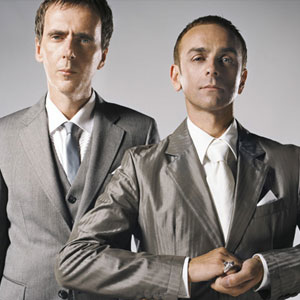 UNDERWORLD INTERVIEW With a career that spans more than 20 years, Underworld are bona-fide dance music icons. PowerOn speaks to...

NICK WALES INTERVIEW COMPOSING THE MUSIC FOR ‘I AM’ As part of the 2014 Melbourne Festival, Sydney’s Shaun Parker &... 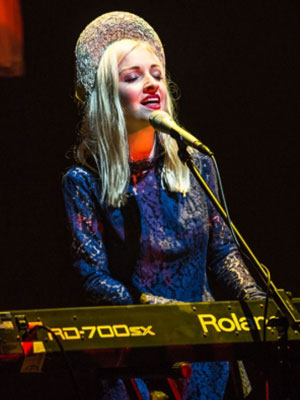 KATE MILLER-HEIDKE INTERVIEW ON GOING INDEPENDENT Contributed by Greg Phillips for the Roland Australia Blog It’s been a decade since Kate...