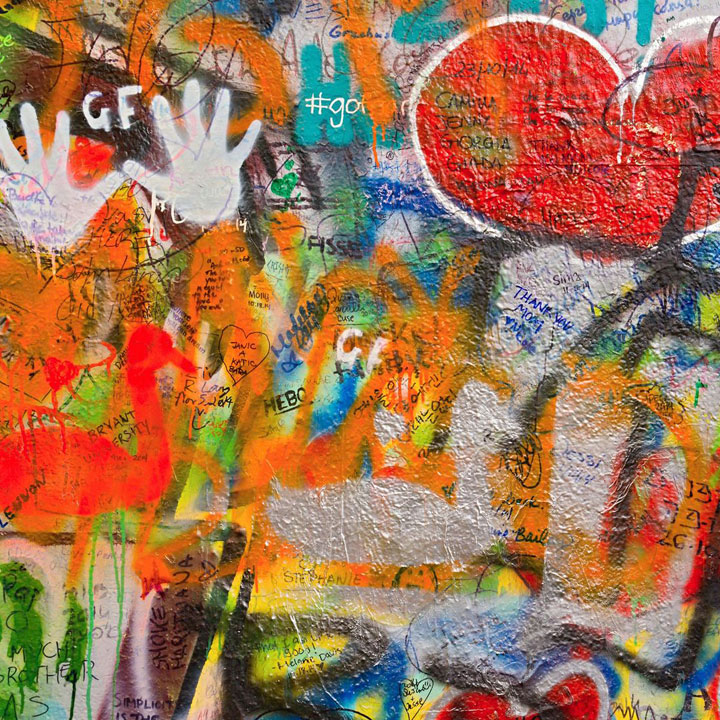 The Beatles. What can be said that hasn’t already been written about (and over analysed) so many times before!? While we’re all familiar with the legacy of songs they’ve given us, they’re also directly (and indirectly) responsible for many new recording techniques that were developed during their recording career.

One of these techniques was used to achieve the unique guitar tone on the rock hit Revolution from the epic White Album, released in 1968. This fuzzed up guitar tone is somewhat difficult to replicate, in that they didn’t use a guitar amp to generate it. According to Geoff Emerick (the studio engineer for that session), he had John Lennon and George Harrison running their guitars directly into the mixing desk. The guitar tone is a result of one channel on the mixing desk being run into another. Both of these channels were driven well beyond their normal operating capacity. Bad news for the desk (it could have overheated and caused permanent damage), good news for guitar tone history!

To recreate this tone, I’m going to use the BOSS GT-1 entry-level, multi-effects unit. While it’s great if you have access to a real vintage REDD mixing desk to overdrive the actual channel preamps used for this recording, (hmm…probably unlikely), it’s still not exactly a practical solution for a guitarist!

To chase this tone, we need to be thinking outside-the-box of normal guitar tone shaping. Trying to replicate the “drive” of a channel on a mixing desk to get a “usable” guitar tone is a different process than working with a guitar amp. If you’ve ever tried running a BOSS DS-1 Distortion pedal directly into a mixing desk (and heard the awful, fizzy result), then you will have some insight into just how different a process this is!

We’ll be looking for a clean amp to simulate the desk, some fuzz to get the overdrive tonal characteristics right, and some compression to simulate both the tape saturation and desk drive. 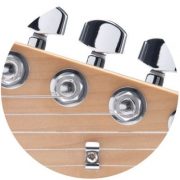 In this case it’s “Guitars”. Both John Lennon and George Harrison were playing for this session. We’ll refer again to Geoff Emerick’s recollection of the session. The guitars were apparently an Epiphone Casino and Gibson SG. Regardless of the detail, we are looking to replicate a humbucker-equipped guitar. I used a Mexican Fender Strat in the video for this tone design segment, which obviously doesn’t have a humbucker, but we’ll be able to adjust the EQ and compression to allow for this. I like to use very “plain” and familiar sounding guitars for tone design, because it’s easier for others to replicate and shows that this is possible, even with basic/affordable gear (i.e. Mexican Strat + GT-1).

The pickup selection is definitely a bridge pickup tone. A fuzz type drive can often darken the tone and soften the attack, so we need all the brightness we can get from the guitar.

As I mentioned earlier, there was no amp! Two channels on the EMI REDD mixing desk were used. The input gain of the channel was driven…hard! The two channels were run in series, (i.e. one fed into the other), to get even more overdrive from the desk.

So what amp do we use to try to simulate a mixing desk? We need to use an amplifier simulator that will give us a full range of frequencies to work with. Guitar amplifiers usually have a very limited frequency bandwidth focus, so that won’t do. Fortunately, the BOSS GT-1 has an amplifier simulator called ‘FULL RANGE’ (often used for acoustic guitars), that will give us a full frequency representation that is somewhat similar to a mixing desk.

The amp settings are written below. But, the process of getting there is of course, trial and error (isn’t ALL guitar tone!?). I’ve driven the GAIN of the amp (as they did in the studio), but that didn’t get the same result (since it’s not the same gain stage as the original desk). The fuzz and compression we are going to add next will start to give us the right characteristics and will also react to the amp simulator settings. 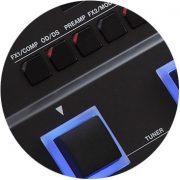 Before we get start, I just want to explain what I mean by “effects”. This means not only traditional effects that you would run in the main input, or in the effects loop of your amplifier, (such as overdrive pedals, chorus, etc), but also any effects that were added later in the mixing process, or “Post-Production” effects. Delays for instance, are often added after the track has been recorded. Other elements that I would count in the Effects section are:

Many of these details are not applicable because of the way this tone was recorded, except for EQ and compression.

https://www.youtube.com/watch?v=uNdoc2DSgAM
Gain Pedal
Since the drive of the FULL RANGE amplifier doesn’t sound like the drive for this tone, I used the ’60S FUZZ setting from the OD section in the signal chain. I already have the drive on the FULL RANGE amplifier fairly high. So, we shouldn’t have to run the drive on this pedal very high to get that fuzzed-out tone. As I mentioned earlier, fuzz drives often roll-off the treble frequencies, so I’ve boosted them in order to get more “fizz” in the treble area.

Compression
At this point we’re almost there, but we’re still missing some attack to the tone (it’s still a little soft from the FUZZ pedal, even though we boosted the treble). Adding a compressor to our effects chain will give us that immediacy of attack that’s in the recording. It also brings up other frequencies, so the overall effect is that the tone appears to be sitting right at the front of the speakers with a lot of presence. You can often hear that when you listen to the vocals in many Beatles songs, where you would swear you were in the room with them, (e.g. Lucy in the Sky with Diamonds…).

Control Pedal Assign
No controls needed for this tone. So, you can set the Control Pedal to Off. Or, use a solo boost if you want to raise the level between the intro lick and the rhythm part.

There you have it guys, the guitar tone from Revolution. If you have a BOSS GT-1 and don’t want to have to program this tone yourself, you can download it from my website. 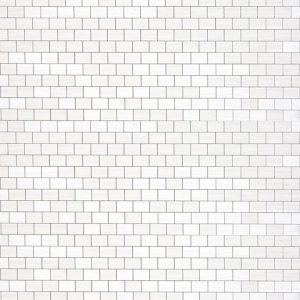 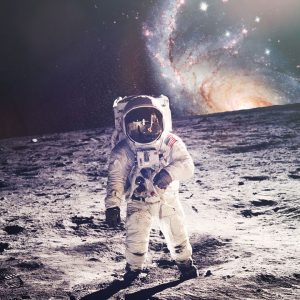 The shimmering, spatial chords from the guitar of Andy Summers, ringing out over the top of Sting’s bass line, with the side-stick reggae feel of