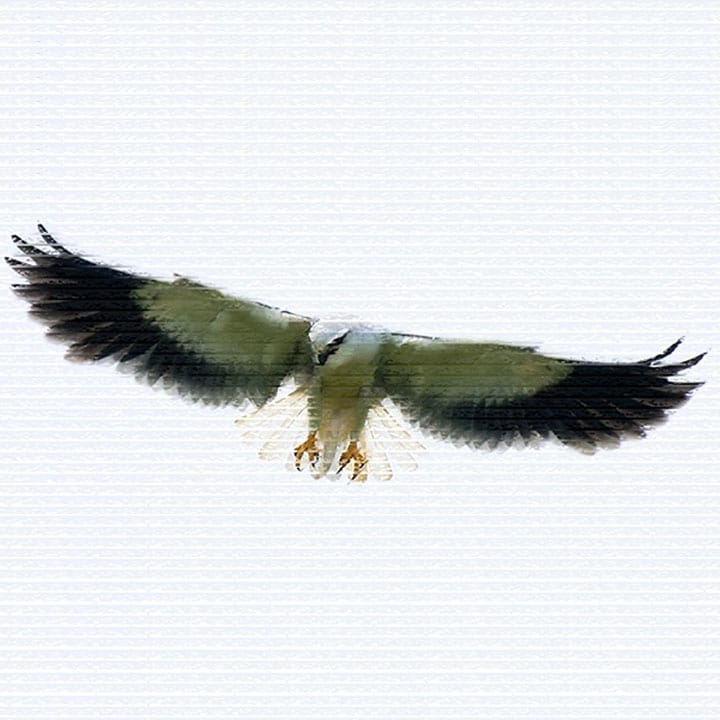 The Eagles ‘Hotel California’ has one of the most recognisable guitar solos of all time and it featured the dueling guitars of Don Felder and Jo Walsh. Most guitarists I know could literally sing the whole thing.

Joe Walsh joined the Eagles just prior to Hotel California and, along with Don Felder, is credited for ‘toughening’ up their laid back country music sound. The Eagles new direction paid off and the Hotel California album won ‘Record of the Year’ at the 20th Grammy awards in 1978.

For the medley I picked one of the classic phrases. This time it was Joe Walsh’s turn. He used a Fender Telecaster for that sharp biting tone into a Fender Tweed Champ, with a nice Phaser for some movement and timed delay matching the tempo of the song.

Since I used the BOSS ME-80 on my Classic Patches Medley video, I’m going to go through how I approached the ‘Hotel California’ tone on it, but essentially the process would be same on any of the BOSS multi effects units.

There is a bit of speculation about whether it had been modified or not, but from my point of view, it doesn’t really matter, I’m just trying to get a start on designing the tone.

To get that really biting tone, he used the bridge (or rear) single coil pickup selection. I’m using a strat so the bridge single coil will be pretty close tonally.

If you don’t own a guitar with a singe-coil pickup in the bridge position, use the closest approximation on your guitar. e.g. On a 2-humbucker guitar like a Les Paul, select the bridge pickup, you can compensate for the tonal differences later in the EQ, Compressor and FX sections.

Set the EQ “flat” (all settings at the half way point or 12 o’clock). This gives you a neutral starting point so that the EQ isn’t colouring the tone. For this particular tone we can leave the EQ at these settings.

Put the gain up to about a quarter to half a turn so you can hear the gain character.

For the Hotel California guitar solo, Joe Walsh used a Fender Tweed Champ amplifier, so normally that is what I would be trying  to emulate. However, in this case, due to the way to was recorded (mic placement, room characteristics) and the post production effects (EQ, compression etc) the amp doesn’t sound like a typical Fender Tweed Champ. I ended up using the ‘STACK” amp setting to get a closer tone to the recording. On the surface, this might seem a little strange but hey, it’s music – there are no rules! 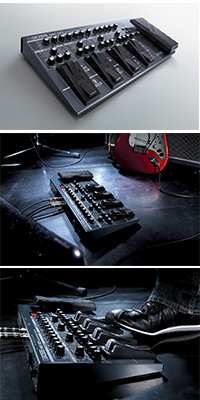 Joe Walsh’s live pedalboard resembled a page from the BOSS catalog and he uses 9 different BOSS pedals on The Eagles tours. ‘One of the reasons I like BOSS is because I can set it, and where I put it is what it is and it’s there, and it works. I could add more stuff, but for what the Eagles do, I’ve got everything I need. It’s pretty much every effect I used on the records.’ *

His guitar collection looked like a museum, and his No less than nine BOSS pedals are in Joe’s current Eagles rig, plus five BOSS pedals onstage for Glen Frey and another five for Stu Smith (see photos below). Joe also uses a Roland Micro-Cube amp backstage in his dressing room.

As i mentioned earlier, you may need to use effects to allow for your specific guitar and pickup tone. Do this before adding the Phaser and timed Delay Effects.

I’ve used a strat and selected the single coil in the bridge position, so the tone is close enough to a Telecaster to work. If you have a Humbucker in the Bridge position you might want to use the ‘Hum-Single’ converter feature in the COMP/FX1 section of the ME-80. This will thin out your thick humbucker tone to give you that biting tone of a Tele.

The part of the solo that I featured has a Phaser effect on it. It’s not overly obvious but it does give the tone a certain type of ‘movement’ and ‘liquid’ character (guitarist use the strangest words to describe sound!). The setting are Rate = 14 (so you can’t really hear an obvious movement in the Phaser), the Depth = 26 (again a fairly subtle setting) and Resonance = 36  .

The last thing to add is the Delay that is timed to the tempo of the song. For this I set the Delay to 420ms, Feedback at 35 to give approx. 3 delays (too many and it’ll muddy the sound). And a delay Level of 55 which is quite loud so it adds to the rhythm of the solo.

There you have it guys – that is how I got The Eagles ‘Hotel California’ guitar tone that you hear in the video. Just before I go, here is an interesting fact about Joe Walsh; in 1969, when Led Zeppelin were touring USA, Jimmy Page met Joe Walsh and mentioned that he was looking for a Les Paul. In those days they were relatively hard to find, and since Joe had two, he kept the one he liked the most, and insisted Jimmy Page take the other – a 1959 Gibson Les Paul with a thinner neck. This went on to become Jimmy Page’s famous ‘Number One’ guitar and was used in many of Led Zeppelin’s classic songs.

* Joe Walsh quote is taken from this interview http://www.bossus.com/boss_users_group/article.php?ArticleId=813