The Definitive Guide to Tabletop Loopers 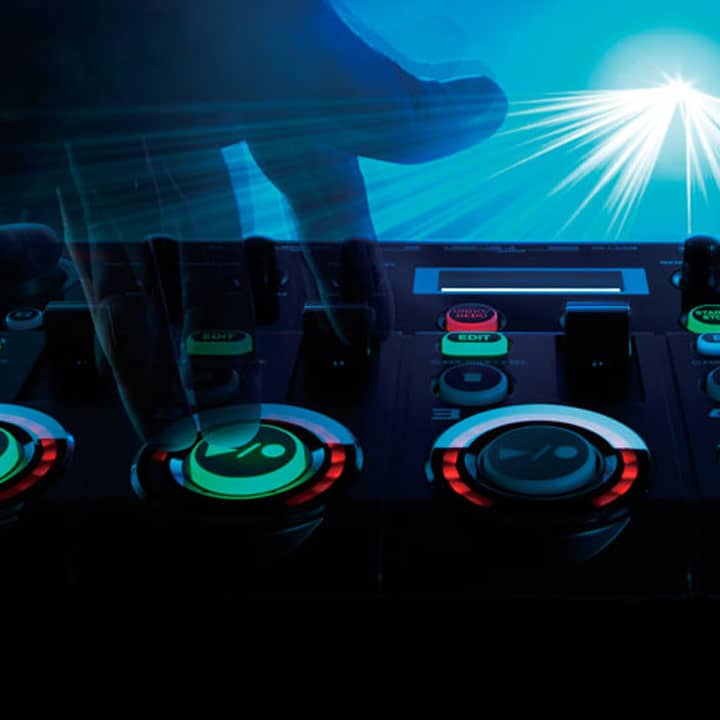 When most people think of a BOSS RC Loop Station, they envisage a big red stompbox. Floor-based loopers are excellent for instrumentalists who want to loop, but still need their hands free.

However, in recent years, DJ/beatbox artists, vocalists, producers and many others have embraced a huge new movement in the looping scene – the tabletop loop station. Enter the BOSS RC-202 and RC-505.

On the face of it, the distinction between floor and tabletop loopers is pretty self-explanatory. One sits on the floor and is operated by foot, while the other sits on a tabletop, or a stand, and is operated by hand. In reality, using a tabletop looper is a whole different experience – it’s more tactile than using your feet, and more visually engaging for the audience, allowing you to create an immersive, impressive performance.

It’s this combination of skill and showmanship that propelled loop artist Sam Perry to win The Voice Australia in 2018, armed with his trusty RC-505.

BOSS’s RC-202 and RC-505 tabletop Loop Stations have all of the features you’d expect in a BOSS Loop Station, including:

However, the beauty of a tabletop looper is that the tweakable onboard effects engine and mixer section offer an extra level of control not found on your regular stompbox looper. Let’s have a look at these features in more depth and explore how we can use them to enhance a loop performance.

Contributed by David Jiang for the Roland Australia Blog 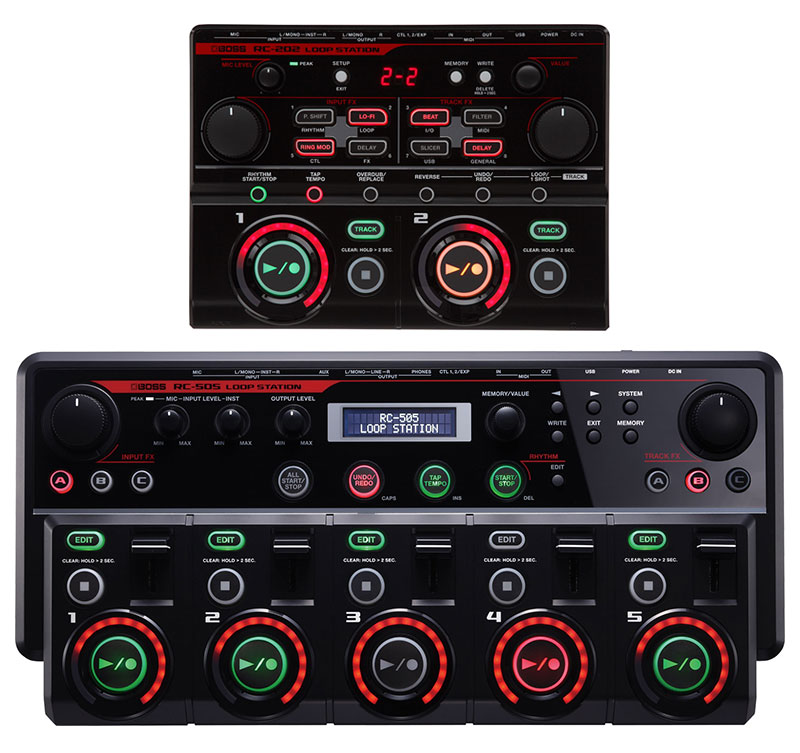 In a regular stompbox Loop Station, the only way of silencing your track without stopping your performance and getting down to floor level is to hit the stop pedal. However, this means that if you want to bring the track back into your performance, you need to start it from the beginning of the loop. This isn’t the case with a tabletop Loop Station. The RC-202 and RC-505 have dedicated mixer faders on every track, allowing you to fade in and out while keeping your loop running. There is also a pan feature available in Track Edit mode, giving you full control of your stereo field. All of these features and more turn the RC series tabletop Loop Stations into fully featured production machines.

The RC-202 and RC-505 tabletop Loop Stations both feature an extensive array of effects. You can use these effects in your loop performances in two ways.

As well as this, both tabletop Loop Stations feature a Master FX section which can add reverb and compression to all of the tracks at once to add sparkle and glue all your tracks together.

At this point you might think that a tabletop looper is only useful if you don’t play an instrument. But as with any piece of gear, there’s not just one right way! Loop artist Milan Ring uses her RC-505 to great effect to combine her vocals, guitar playing and pre-produced samples to create lush soundscapes.

Now that you’ve got an overview on how a tabletop looper’s unique feature set can expand your creative possibilities, let’s look at which of the two BOSS tabletop loopers best suits your needs. 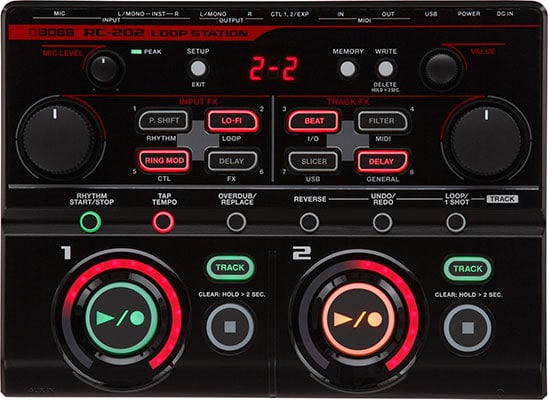 Like it’s floor based brother the RC-30, the RC-202 is a dual track looper. However, it’s built into tabletop looper format, designed to appeal primarily to vocalists, DJs, producers and beatbox artists.

The tabletop looper enables more control elements to be included right on top of the unit. As a result, for musicians that are not encumbered with an instrument in their hands, the RC-202 provides fingertip control for maximum on-the-fly creativity.

Underneath the hood, the RC-202 has some powerful new features for the hands-on looper:

The RC-202 is loaded with a full complement of BOSS DJ-style effects, split into 2 sections.

Both the INPUT FX and LOOP FX sections feature 4 effects styles each. Impresively, all may be used simultaneously! That’s up to EIGHT simultaneous effects in total.

The RC-202 allows loop saving and recall during performance, without playback ever having to be stopped. This allows for seamless creation of different song structures or ever-evolving arrangements.

For guitar players and other musicians who love the RC-202 feature set but require hands-free operation, the RC-202 configures to be controlled using foot controllers. Up to TWO control pedals or ONE Expression pedal connect to the CTL out jack. This cac be assigned to perform a wide variety of functions.

For complete control, any MIDI controller (such as the Roland FC-300) can be connected to enable access to all of the RC-202’s functionality, right at your feet.

BOSS RC-505 (Version 2.0*) Loop Station
(*In June 2016 a Version 2.0 system update was made available for download; unleashing more power and features to the RC-505 than had previously been available. The Version 2.0 System Update is a free download and available here)

Not suprisingly, the RC-300 enjoys a lauded status as the grand master of all floor-based loopers. It is less well-known that the RC-505 packs substantially more firepower into a tabletop format.

As a tabletop looper, it is well-suited for use by club DJs, beatboxers and vocalists. In just a few years, it has become the industry standard looper for these applications.

It is gifted with extreme onboard power along with full MIDI compatibility. As a result, pairing the RC-505 with a MIDI Foot Controller (such as the Roland FC-300) has the potential to create a looping setup more advanced and functional than anything else available on today’s market.

At the heart of the RC-505 are the 5 tracks available for loop creation. Each track has dedicated control buttons and level fader control on the top control panel.

Even more brilliant is the fact that all 5 tracks can be assigned with completely independent SYNC and PLAYBACK options (ref: RC-300). This provides an almost unlimited range of looping behaviours, (many that can’t be achieved on any other Loop Station), giving the user unbridled loop creativity options.

Like its little brother the RC-202, the RC-505 comes loaded with a variety of INPUT FX and TRACK FX.

Up to 3 effects each in both the INPUT FX and TRACK FX section may be used at the same time, for a total of six simultaneous effects.

After the version 2.0 system update, the RC-505 received a phenomenal update! This provided the ability to have the user assign external control pedals and MIDI devices to be able to control almost every aspect of its functionality.

Track/memory switching, FX parameter adjustment and multiple track control are just the beginning. Each memory patch on the RC-505 configures up to 16 control assigns across dozens of parameters.

Whether being used as a tabletop looper, or in a rack being controlled by a MIDI floorboard, the RC-505 certainly has the power to satisfy the needs of the most advanced looper.

As we have seen in the article Taking Control of Your Loop Station, a key feature of all BOSS Loop Stations is the ability to expand their functionality by adding additional control pedals.

Let’s take a look at the BOSS / Roland footswitches that are directly compatible with Loop Stations: 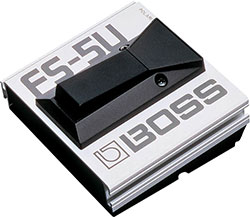 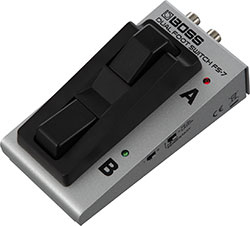 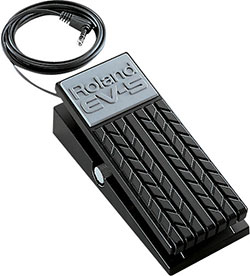 Now that you’ve got an introduction into the world of tabletop loopers and the creative tools at your disposal, you might want to check out our guide on advanced control to see how you can really elevate your looping game to the next level!

THE ULTIMATE GUIDE TO BOSS LOOP STATIONS
TAKING CONTROL OF YOUR LOOP STATION
DO YOU WANT KILLER BACKING TRACKS FOR YOUR LOOPER?
BOSS TALK: THE DEFINITIVE BEGINNER’S GUIDE TO LOOPING 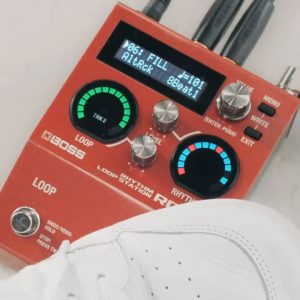 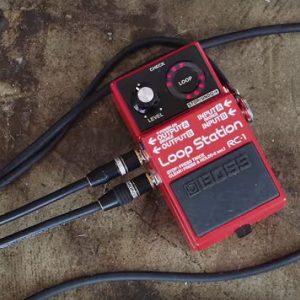 Taking Control of Your Loop Station

BOSS Loop Stations are famous for their industry leading flexibility right out of the box. They also provide a serious level of functionality for the

BOSS have constantly remained at the cutting edge of looping technology and are today the undisputed product leader of this worldwide phenomenon. BOSS Loop Stations 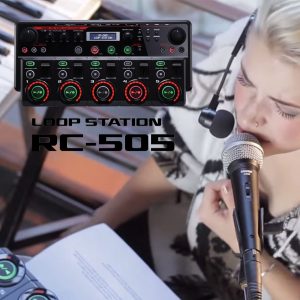 Contributed by Roland Canada Team The BOSS RC-505 Loop Station is for more than just beatboxing! Read on to see how CHERSEA used the RC-505 to